CONGREGATION OF THE DAUGHTERS OF DIVINE PROVIDENCE 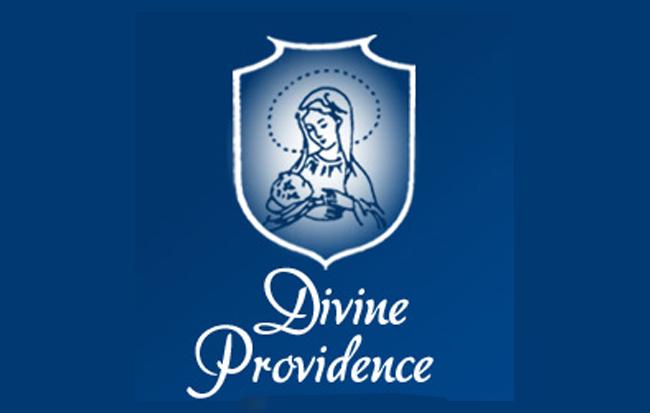 The Congregation came into being in Italy in 1869 following the appeal made to a pious priest, Rev. Fr. Nicholas Daste, of San Pier d'Arena, Genoa, to look after a group of orphan girls, who had until then been entrusted to the care of a kind young lady, Apollonia Dellepiane. Italy of the time, particularly San Pier d' Arena, was passing through a period of deep and intense transformation. The thus far dormant rustic civilization was giving way to an abrupt industrial expansion and the resultant unrestrained urbanization threw many into the quagmire of poverty and privation, which incidentally increased the number of orphans.

On the entreaty of Apollonia Dellepiane, Don Daste founded the Congregation, 'Daughters of Divine Providence', with the specific purpose of educating poor girls and thus enabling them to be on their own. The nucleus of the Congregation was formed by Apollonia Dellepiane, Caterina Cepollina and Pellegrina Vassallo, who made their first profession in 1873. The tiny seedling thus sprouted from the seed of distress in the marshes of the time in Italy gradually grew up to be a big tree casting a canopy of cool shade to innumerable unfortunate ones. A shoot of the tree reached India in 1979 all the way from Genova.

Rev. Madre M. Pia (Rosette Gavie`), Mother General of the Congregation of the Daughters of Divine Providence known as "Don Daste" Sisters, Italy, had more than 45 Indian Sisters, all of the Syrian Rite, in the Congregation and had already started three Convents in the Diocese of Palghat of the same rite. The Congregation, originally native to Genova, a Latin domain, naturally had the inherent yearning to spread out into the Latin dioceses as well. This its aspiration finally found firm direction in the motion passed and decision reached at the Council meetings of the Community held on December 8, 1995 and November 4, 1996 respectively.

The Council Resolution had the green light on the proposal when Archbishop, His Grace Luigi Pallotti granted "Placet Juxta Process" (permission to start the process) in the Diocese of Cochin. Subsequently, His Grace, Msgr. Dionigi Tettamanzi, the Archbishop of Genova, issued permission to execute the decision on 12th December 1996.

The story of the adoption of the Daughters of Divine Providence Community into the Diocesan family of Cochin dates back to December 8, 1995, when the Mother General Madre Angela Ronco of the Sisters of St. Philip Neri in Genova introduced Rev. Mother Elisabeta, Provincial (former Mother General) of the Don Daste Sisters to H. E. Rt. Rev. Dr. Joseph Kureethara. Entertaining gloomy forebordings on the future of her Community in the three Convents under Syrian jurisdiction in Kerala, Mother Elisebetta was obviously ardent and anxious about keeping the Congregational connection in India unsevered and so made a proposal for setting up one in the Diocese of Cochin.

Having relished sufficient sour savour in sardonic smiles and slothful salutes in his stride from the supposed sons of the Saviour but with superfluity in the senseless sensibility of self-inflated self-esteem on sectarian lineages, H.E. Joseph Kureethara naturally had second thoughts on the suggestion. Having become aware but belatedly of the rite differences and resultant under currents in the sub-continent, the Mother Provincial then unveiled her anxieties and apprehensions on the existing convents of the Congregation and earnestly sought help in retaining their linkage safely in a Latin diocese in India as the Congregation itself is Latin.

Encountered thus by one so committed and dedicated, the prelate did not have in him a heart to remain cool, let alone grow cold. Quite so, His Excellency's genuine concern and generous nature surfaced giving obvious signals of favourable inclination. Having been encouraged by His Excellency's positive response on that occasion, Mother M. Elisabeta, accompanied by Madre Angela Ronco, reached India and called on the Bishop. Subsequently they went on a site-seeing trip to Neendakara, accompanied by Rev. Fr. Josy Kandanattuthara, Rector of the Mt. Carmel Petit Seminary and thereupon called on His Excellency again on November 4, 1996.

Neendakara, lying in between Chellanam and Ezhupunna, comes under the parish of St. Sebastian and its topography, with its swamps devoid of even essentials like drinking water, makes it a God-forsaken place. It certainly is not easily accessible as it lies kilometers away from otherwise normal habitable locations like Chellanam and Kumbalanghi. Despite the tedious trek and the diverse disagreeable deficiencies of the place the Don Daste personage was captivated by Neendakara in its scenic splendour, enriched by the endowments of nature and readily agreed to take it.

Later, in November that year, H.E. Rt. Rev. Dr. Joseph Kureethara, accompanied by Rev. Fr. James Thaikkoottathil, visited the Generelate of Don Daste Sisters in Genova. This was reciprocated later by a courtesy call by Rev. Sr. Agnes Payyappilly, who then presented the bishop with a photo album on their missionary activities in Genova and Palghat. Thereafter, in January 1997 the Bishop granted permission to the Congregation to initiate the institution of their House at Neendakara to promote vocations and provide formation to candidates of the Latin rite.

Later in the year on July 10, Rev. Sr. Giuseppina Bruzzo and three Sisters, Theresa Alookaran, Maria Thattil and Letizia Chiriankandath arrived in Cochin. The Bishop himself made necessary arrangements for their temporary stay at the Convent of St. Philip Neri, Mundamveli, till August 1997. Meanwhile Rev. Fr. Raphy Pariathusserry, Vicar of St. Sebastian's Neendakara, was busy preparing his parochial house as a convent and the building near the church as the new parochial house. Rev. Fr. Joppy Kootumkal, the diocesan Procurator, helped the Sisters with the purchase of necessary articles for their new Convent. The Parish donated an acre and sixteen cents of paddy field and disposed of another eighty four cents and the parochial house for roughly about one half of the then prevailing price to the new Congregation.

The blessing and inauguration of the Don Daste Convent at Neendakara took place on conventional lines with the Sisters awaiting the arrival of the Bishop by the bridge at the entrance to Neendakara. His Excellency was respectfully received and led in procession along the decorated path with the accompaniment of musical artistes in native percussion instruments, garlenders, flower girls and fire works to the parish church where Holy Mass was celebrated by the Vicar. After the Holy Eucharistic celebration and singing of Te Deum, Rev. Fr. Xavier Karuvally welcomed the Sisters to his home parish, Neendakara. The ritual blessing of the Convent was followed by the solemn installation of the Blessed Sacrament in the convent chapel and with that the events of the day came to a colourful conclusion.