CONGREGATION OF THE CARMELITE RELIGIOUS OF TRIVANDRUM 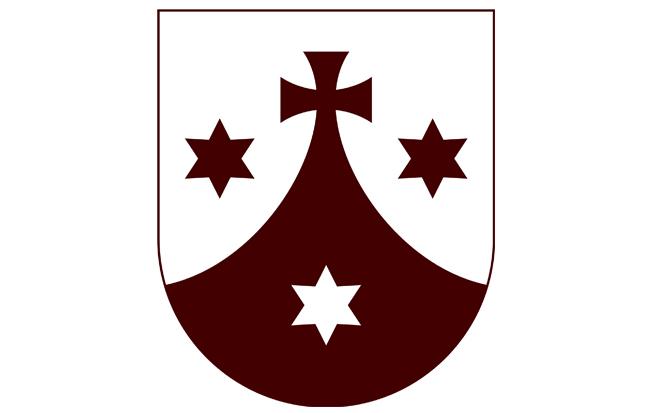 While glancing through the history of the Congregation, into the limelight comes Sophie Leeves, a Sister of St. Joseph of the Apparition at Syros, Greec. Later in her religious life she assumed the name ´Sr. Veronica of the Passion'. Providentially led along a long, winding, pebbly path, Sr. Veronica displayed heroic courage amid the insurmountable obstacles she had had on the way in her attempts at founding a new Congregation, 'The Regular Third Order of Our Lady of Mt. Carmel' for the Missions in India. At the request of Fr. Marie Ephrem Garrelon, a Discalced Carmelite Friar, Sr. Veronica, since then known as Mother Mary Theresa Veronica of Jesus, set to work with just two postulants in July 1868 at Bayonne, France.

The objective of the Third Order of Carmel in India was to help the Carmelite Fathers in their work of education and mission of mercy. To fulfil this aim, Mother Veronica sent five Carmelite Sisters to Mangalore, India, in 1870. In subsequent years 1875, 1880 and 1885, three new convents were set up at Quilon, Trivandrum and Tangasseri, respectively. After the demise of Bishop Marie Ephrem, his successor, Bishop A.M. Benziger, OCD, amalgamated these three convents in 1907 and he framed the Constitution and established the Mother House in the Latin Diocese of Trivandrum.

In 1950, the Congregation was declared a Pontifical Religious Institute and in 1971 Rome approved a change in the name of the Institute - The Congregation of the Carmelite Religious of Trivandrum, CCR. In 1975 the Novitiate was shifted from Trivandrum to Poona in Maharashtra and two years later in 1977, the CCR Sisters, housed at the International College - San Paolo Apostolo, Rome, started serving the universal Church. They have two other Houses in Italy.

Mother Veronica herself and Mother Elias together nurtured the delicate sapling with tender care and tireless hands. Desirous of returning to the soil of its birth, the century old tree sent its shoots back to Bayonne. The Bayonne Sisters work with the Missionary Fathers at the Grande Semenaire and are fondly called the Indian Sisters of Bayonne.

Since 1981 they have been at the service of the Church in East Africa and West Germany and now have an aggregate of 53 Houses in India and abroad. The administrative structure is so geared that the four regions into which the Congregation is divided ensure its growth in its rich heritage and in its Contemplative, Ecclesial and Marian character. Hence, the source of their spirituality and Charism is two fold - of contemplative and Ecclesial dimensions. Mary, Queen and Patroness of Carmel, is their model for their contemplative, communitarian and apostolic existence.

They profess special devotion to St. Joseph, to the prophet Elias, leader and father of the Carmelites, St. Teresa of Avila and St. John of the Cross, St. Therese of Lisieux and the Saints of Carmel whose spirit they strive to imbibe. They devote themselves primarily to the Apostolate of teaching and hence maintain colleges, hostels, schools, boarding houses, technical institutes and homes for the poor and the aged.

As an integral part of the Order of Discalced Carmelites, the Congregation is striving to discover a new identity. At this period of renewal it finds itself and together with the Church. The Order is bracing itself on the eve of the Third Millennium and New Evangelization 2000. They look forward prayerfully and are trying to strengthen their links with Bayonne and Pau, hallowed by the saintly life and death of their Mother Foundress for the cause of whose beatification her daughters, 'the Apostolic Carmelites of Mangalore' and 'the Carmelites of Trivandrum', jointly work.

The Episcopal Ordination of His Excellency, Rt. Rev. Dr. Joseph Kureethara as the bishop of Cochin in December 1975 marked the commencement of a change purposed to rekindle a revival in social and renewal in spiritual realms of the Diocese. His Excellency's short, soft but sure steps were to guide and lead his flock in meeting the many challenges in their socio-spiritual existence. Quite so, as prima priest of the bishopric, His Excellency's paternal perspectives were never partial but panoramic.

It leaves little wonder, therefore, when one realizes the fact that the Bishop either forgot or ignored the much accepted social norm 'First come, first served' at least in the case of the prima priests' own parish - Chirackal. With the full conviction that himself was no dictator, let alone any designer but just a device in the hands of the Divine Designer, His Excellency remained hopeful and prayerful for the fullness of time to be shown for his dreams and plans for his parish and place of birth.

Observing introductions and implementations of plans and projects in so many other parishes, the flock of Chirackal, his native parish, became slowly restless and slightly restive. The parishioners, misreading the quiescent appearance of "their own" bishop began to murmur and then grumble that the bishop born in the parish was inactive in the case of and indifferent towards his own parish. The parochial grumblings which turned to rumblings roused even some priests to present recommendations for arranging 'something' for Chirackal!

Time seemed ripe when in 1978 a priest from Cochin Diocese happened to meet and convey to V. Rev. Mother Angela, Mother General at Holy Angel's Convent, Trivandrum, that the Bishop of Cochin might like to have their convent in his Diocese. Their Congregation had already had some Sisters and candidates from the diocese and as the Mother had a very good impression about them, Rev. Sr. Mary Laura was delegated to enquire about and explore possibilities for the institution of a branch in Cochin. Thus during a Vocation camp in 1979 at the Rosary Convent, Palluruthy, Rev. Sisters Mary Laura and Helen met Fr. Paul Punnakattucherry. The Rev. Father brought the Sisters to the Bishop's House.

Mother General Sr. Angela, Sr. Alice and Sr. Laura called on His Excellency on the Feast Day of St. Joseph in 1980. The bishop himself took them to Chirackal and after the Holy Mass together with Rev. Fr. Xavier Karuvally, the parish priest, His Excellency took them to visit his mother. So happy was the bishop's mother that the Sisters would be at Chirackal that she even promised to accommodate them in her own house until the convent would be ready. Thereupon the Sisters were taken to a site that had already been bought at a rather high price. They liked the place and by a letter dated 13th May 1980, Mother Angela agreed to erect their Convent in the parish.

Three Sisters, Sr. Alice, Sr. Noella and Sr. Mary Laura came on 18th October 1980 and discussed plans for the opening of the Convent. They stayed that night at Shalom, the retired priests' home at Bishop's House. His Excellency visited the Holy Angel's Convent together with Rev. Fr. Aloysius, the Procurator of the Diocese of Trivandrum, who was the chaplain of the Convent. During the discussion the bishop himself suggested that the Convent be named St. Aloysius Convent to which all happily agreed.

The next April the Sisters came again to examine the property and the old house and the date for the blessing and inauguration of St. Aloysius Convent was scheduled to be on July 16, 1981, the feast day of Our Lady of Mount Carmel. But on 11th June 1981, the dear little illustrious son of the parish had to leave for Rome. That trip, however, was with the gratifying foreboding that the event would betoken the "beginning only of many a blessing the good Lord has in store for the people of my parish".

On July 13, 1981, Rev. Sisters Mary Laura, Margaret Mary, Jossie and Felicita arrived as the members of the first Community at Chirakkal. Rev. Fr. Antony Kochukariyil, the Parish Priest, together with the Trustees helped clean up the old house and property and prepare everything for the inauguration of the Convent. Our Lady of Mount Carmel's Day dawned to bear witness to the realization of the long cherished dream of the parishioners of Chirackal. Several Sisters from Trivandrum, many priests and sisters from Cochin and hundreds of people from Chirakkal, assembled. Rt. Rev. Msgr. Paul Katticherry, the Vicar General of Cochin Diocese, blessed the new St. Aloysius Convent and Rt. Rev. Msgr. Michael Kadaviparambil inaugurated it.

On the same day the Sisters started admitting children to their Nursery School and classes were conducted in the Parish Hall. The very next year an English Medium Primary School was begun. On 16th May 1983 the construction of the new school structure started and the completed building was blessed on August 16, the same year. In 1984 the Kerala Government granted official sanction for the L.P School. Fr. Antony Kochukariyil laid the foundation stone for a three storeyed school edifice, which, on completion was blessed on June 4, 1985 by His Excellency himself. The small primary school thus started in 1981 grew up to a full fledged St. Aloysius English Medium High School and Governmental sanction as such reached the Management in 1990. Admission to the school is open to all irrespective of caste, colour or creed and so is free education but extended to the children from only deserving poor families.

The same year a new structure as the St. Aloysius Convent building was completed and blessed on 30th May. Besides the teaching ministry, the Congregation engages in pastoral work such as Basic Christian Community, Catechetical instruction, Jesus Youth, visits to hospital and leper colony. And St. Aloysius is there now as a channel of His blessings to the parish of Chirackal! Deo Gratias!!