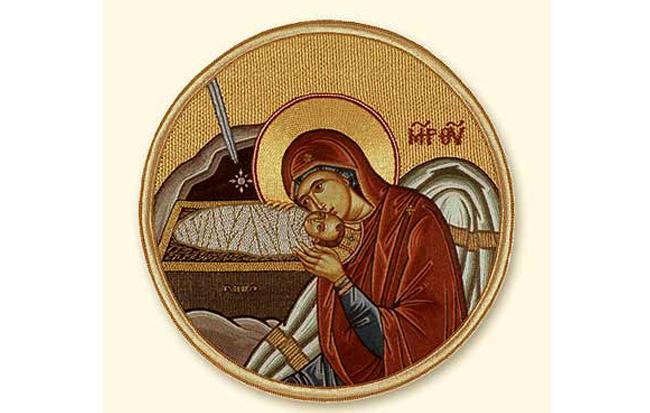 The Congregation of the Sisters of Holy Nativity was founded by Rev. Fr. Francesco Bono in 1890 at Turin, Italy. The founder, inspired by the joy of Christmas, instituted the Order with Our Lady and St. Joseph as the heavenly patrons. The Community keeps the spirit of joy, humility and want reminiscent of the Divine Baby born in Bethlehem amidst the simplicity, poverty and joy of a manger at which hordes of angels sang "Glory to God in the highest and on earth, peace among those whom He favours". The Congregation sustains its spirit through their search for child Jesus among the hapless and helpless caught in conditions so cold, so cankering of the Christmas night and bringing joy to similar mangers of the ignored and the uncared.

The times were hard, nay, harsh to the extent impossible in the backdrop of war in Europe which witnessed streams of exodus from war-torn regions to Turin and Milan. Miserable old men, women and children having lost everything, poured in with nothing to hope for and nowhere to go but just the sky above as roof overhead and the streets of Turin to roam, rest and rue over their ruin! The pathetic sight of the wretched and the forlorn so broke the heart of Fr. Francisco Bono, then Vicar of Pozzostrada, by nature benignly bent, that he stepped on to the streets.

The Rev. Father was given the light to see it was time for him to take his purse, sell his cloak and buy a sword to face the living tragedy unveiling right before his naked eyes. The good God saw to it that he was not alone in his endeavour at this battle field and he was given a young lady, Giuseppina Cavagnero ( later, Sr. Nathaleena), like enlightened and like inclined. Blessed by divine inspiration and fortified by the courage of conviction, they set to the task and it did not take long for them to have followers with helping hands. They took to the streets with arms full of succour, minds filled with care and hearts overflowing with love, especially for girls and little children and soon had their number reach eleven.

Giuseppina Cavagnero and her friends took on rent an abode to effectively organize and execute their mission on the streets of Turin. The little wicks that thus flamed within them slowly torched alight the longing for concerted effort among the ill-fated and led to their consecration for the cause. Rev. Fr. Francisco Bono, all the while prayerfully guarding and guiding the troop, had the inspiration to name the little society "Holy Nativity".

In consultation with and advice from the Bishop, he started their formation with Giuseppina Cavagnero, who assumed the name Sr. Nathaleena, as the leader of the group. His Grace the Archbishop of Turin granted them permission for Community life and with the blessing of their abode by Rev. Stanislao Gezzelli, the Vicar General of Turin, the Congregation of the Sisters of Holy Nativity came into being with Sr. Nathaleena as the Superior in 1890.

The constitution of the Community was approved by His Grace Rev. Msgr. Davide dei Conti di Netro, Archbishop of Turin, in 1892, bestowing the Congregation diocesan status. Vocations started pouring in and before long the Community grew and spread into several Houses. Logical result of that healthy growth was its branching out beyond the borders of Italy, first to Africa and now to India, with two Houses in the Diocese of Cochin. His Holiness Pope Pius the XII raised the Congregation to Pontifical status on December 23, 1948.

The first symbolic manger they started was an orphanage to give shelter, care and love to the ill-starred little ones who had nothing to hold on to and no one to look up to. In time the Community turned their attention to the care of the youth, especially girls, who sought asylum on the streets and next in line were those unfortunate ones from disrupted families. From there the distance to the care of old, feeble and ill, especially bed-ridden left uncared for was but negligible. They pay house-visits to help and nurse such very poor and ignored unfortunate ones. Now they have started their mission on caring for the sweet little ones up to three and nursery and lower primary schools for children from three to eight years. Wherever they are, they engage also in pastoral missions like catechism.

For several years now, many Italian Religious Congregations have been coming and establishing their convents one after the other in Cochin Diocese. When the Superiors have occasions to gather because of some conference or so, they come to know each other, fresh friendships get forged and thus new requests come. The Italian Superiors also prefer to have their Houses close to those of each other so that they can enjoy mutual help and feel more at home.

The Mother General of the Sisters of Holy Nativity, Very Rev. Madre Lucia Molinero, wishing to open a House in India tried to contact the Bishop of Shillong but the attempt never fructified. It was then that through a Sister of the Congregation, who had a friend in another Community, the Madre happened to learn about the Bishop of Cochin, Rt. Rev. Dr. Joseph Kureethara. Madre Lucia then wrote to His Excellency expressing their wish and seeking permission to start a House of their Community in the Diocese of Cochin.

His Excellency's response was warm and welcoming. Bishop Joseph Kureethara also introduced to her Rev. Fr. John Thattumkal, then the Vice-Rector at Propaganda College, Rome and Rev. Fr. Reginaldo Bernini O.P. as well, who had been to Cochin many a time. Besides, His Excellency informed the Rev. Fathers of the development and asked them to assist Madre Lucia in her efforts. Encouraged and enthused by the warm response from the Diocese, Madre Molinero straight away decided on a trip to India.

V. Rev. Mother Lucia Molinaro and Rev. Sr. Gesuina Mellerio arrived in Cochin on 14th April, 1989, by chance, with His Excellency himself as co-passenger all the way from Rome. The Bishop was returning from Fatima, Portugal, after a conference with the Bishops of the countries where Portugal had opened mission stations. Bishop Joseph Kureethara had a meeting also with the Catholic Bishops Conference of Portugal in connection with the 5th Centenary of Portuguese Missions (1500 - 2000 AD).

Days later on 24th the prelate himself took the visitors to show a place at Cheriakadavu, a field along the southern side of St. Joseph's Church. This uncultivated field long left barren and consisting of two acres and thirty cents had earlier in 1979 been bought by Cochin Diocese. The Sisters found the place rightly located, accepted it and the very next day on 25th April 1989, they flew back to Italy. From that very September work on the reclamation of the place started.

Sr. Gesuina and Sr. Mediatrice arrived on 28th November that year and stayed at the Cottolengo Convent, Fort Cochin. Rev. Fr. Thomas Parathara had found a house on the western side of Geo Hotel, Thoppumpady, on rent and the Sisters shifted their residence to the rented house early in December. The next month on 8th His Excellency Rt. Rev. Dr. Joseph Kureethara, blessed this house - Convent of the Sisters of Holy Nativity - celebrated Holy Mass in a room used as chapel and invested the Blessed Sacrament there. When the Sisters Servants of Mary moved to their newly built Holy Mary's Convent at Kumbalam, the Sisters of Holy Nativity left their rented house and shifted their Convent to the vacant Ballard Bungalow in Fort Cochin on 10th February, 1990.

When the field was filled with white sand, the children and youth of Cheriakadavu who wanted a foot ball field instead of a convent started playing on the beautiful new ground. There was a bit of unrest among the youngsters of the parish over the issue but as a portion of the property had already been intended for the parish church, the disturbance died down in time.

On the 26th April, 1990, Mother Lucia Molinaro and her Secretary, Sr. Valeria arrived and the foundation stone for the convent was laid four days later on 30th. . Rev. Mother Lucia and three Italian Sisters, Rev. Sr.Valeria, Rev. Sr.Raffaela, Rev. Sr. Gesuina and the five aspirants and priests from the Bishop's House were present on the occasion. The Sisters distributed sweets to all who had gathered there to witness the ceremony.

The construction work on the convent edifice started in the following February having completed, the first House of the Congregation of the Sisters of Holy Nativity in India was solemnly blessed by His Excellency Rt. Rev. Dr. Joseph Kureethara and ceremonially inaugurated with the ritual cutting of ribbon by the Mother General, Very Rev. Madre Lucia Molinero, on 26th September, 1995. The blessing and inauguration were followed by a concelebrated solemn High Mass presded over by the prelate. The auspicious occasion was attended by the Vicar General Msgr. Paul Katticherry, the parish priest, Rev. Fr. Pius Pazherikkal, a lot of priests secular and religious from the Diocese and nuns from different Congregations and quite a number of laity.

The first seven grains garnered at the maiden harvest of the Community here had already made their first profession and received their habits on 13th August, 1995, in Italy. Now, during the concelebrated solemn High Mass on the auspicious occasion of the blessing and inauguration of their first House at Cheriyakadavu, another six professed their " I do" and acquired their attires as brides of Christ, following which, the Holy Eucharist was solemnly installed in the tabernacle of the new, spacious convent chapel.

The Congregation here has had a healthy growth as it has been blessed with enough vocations. In the fullness of time the Community grew with native vocations to such a strength that the Superiors felt it was time to open another House. This foresight set the Community on the look out for a suitable bed to plant their next branch in the Diocese. The search did not stretch too long nor too far; for, they found the right site at Perumpadappu. Thus the foundation stone for yet another institute of the Congregation here was laid on 17th September, 1995. This second edifice when completed was blessed by His Excellency Rt. Rev. Dr. Joseph Kureethara and ceremonially inaugurated by the Mother General, Madre Lucia Molinero, as Infant Jesus Noviciate House on January 24, 1998.

The Congregation was started with the message of poverty and humility. As did the Angel at Bethlehem, the Congregation also proclaims: "I am bringing you good news of great joy for all the people. To you is born this day in the city of David a Saviour who is the Messiah, the Lord" and thus pass the message and happiness of Bethlehem. In translation of the message in action at ground level, they look after the orphans and children, unwanted pregnant women and run nurseries for little ones. Besides they help the parishes in imparting catechism and also try to share the warmth of God's love by bestowing on the cute little innocent ones genuine care and concern and affection.